Your shopping cart is empty

Wildlife photography and in particular bird photography is great fun while at the same time testing ones ability and skill sets to the absolute limit. However photographing Ospreys is an even greater challenge and one that really separates the experienced photogs from the beginners. That isn’t to say that those who have recently started this wonderful hobby can’t give it a really good go and at the same time get some fantastic results at the same time. It is such a trill to suddenly notice a majestic osprey circling above your head and in a matter of seconds change its flight path and beginning diving into the cold water below. Their precision and acrobatic dives into often relatively shallow water are a genuine natural wonder and the fact that they so almost always seem to come up with a giant fish suggests that these incredible birds are a natural hunting phenomenom.

So how do we go about capturing these epic creatures onto our memory cards and what do we need to know to increase our chances of getting shots that we will be happy with in years to come.

First of we need a camera. A dslr or mirrorless would be the ideal choice but bridge cameras,  advanced point and shoots and even digiscoping equipment can also nail the shot. The latter can definitely do the job for stationary Ospreys who may be taking a rest on a telegraphy pole or even chilling in the nest. However for Osprey in flight I strongly recommend the first two options. As of of the writing of this piece ( beginning of 2020 ) mirrorless cameras have really closed the gap on dslrs and in some cases have overtaken them. Most of these cameras are the high end Sony cameras like the A9 and A7riv and these don’t come cheap. If one is just starting out I suggest an intermediate camera with at least 5 frames per second as a minimum frame rate. Many of you may already have a camera capable of this and in that case great we don’t need to spend any money on the camera. If one doesn’t’t have a camera I always suggest buying a used camera in relatively good condition. If it’s Nikon you seek then try and pick up a used D500. These are brilliant cameras capable of capturing fast action shots and used ones can be picked up for about 800 dollars / 650 British pounds onwards. If it’s Canon that appeals then a used 7D mark ii can be picked for even less and again this a camera made for fast action photography. If these are little over budget, don’t fret some of the more consumer cameras from both Canon and Nikon offer a fast enough frame rate at a lower price ( they just don’t have the full weather sealing and the express speed that the aforementioned cameras offer ) If a Sony shooter without the megabucks to buy a A9,  I recommend a used A7 mk iii or even a used Sony A6500. I am not going to get into crop sensors and full frame and their respective good points here in regards to nature photography, that’s for another time ( there are a massive amount of articles about this already online )

Right so we have a camera what about a lens. Many forums and blog posts suggest the serious bird photographer needs a least 500mm and if possible more. This is definitely an advantage but not a necessity as far as I’m concerned. Much more important is a location where the birds are not miles away. They are relatively large birds so if you can get to a lake or pond or even stand in the surf as close as possible to where they are diving then this will prove beneficial in trying to get nice shots even with a 300mm lens, especially if using a crop sensor camera. Lakes and ponds near the coast can prove to be fruitful hunting grounds for Ospreys and in these kind of locations one can get relatively close to where they dive. Of course the longest lens possible is always the best option but in these kind of locations even a 200mm might be able to get a decent shot especially if the bird is perched on a nearby post looking out over the lake.

Right so we have looked at equipment and possible locations where one can get closer to these wonderful birds, how about settings or technique. Having watched videos and read different articles about photographing birds in flight one thing is consistent and that’s speed. You need a high shutter speed smooch so that some suggest a minimum of 1/3200 or 1/4000. This is great but not always possible especially if living in a place with a lot of cloudy / overcast day where these kind of speed are going to translate into ridiculous ISO levels. Good shots can be achieved with a shutter seed of 1/1000 especially when the bird is hovering before they plunge into the water below however I recommend 1/1600 and upwards if possible. The speed can be lowered depending on one’s technique and ability to keep the bird as steady as possible while also remaining in the centre of the frame. A tripod can definitely help with this but can be difficult quickly finding the bird and keeping it in focus. I personally recommend shooting handheld as it gives one more freedom to track and find the bird especially as they can often appear from nowhere and before you know it have started a dive, a good handheld shot is better than a missed shot because the camera was on a tripod.

Some photographers will suggest setting the camera to shutter speed priority and setting the exact speed you want while letting the camera figure out the aperture. I personally don’t recommend this method. The reason is due to the fact that after a high shutter speed is chosen, let’s say 1/3200 the camera compensates for this by choosing the biggest aperture. This is fine if you are lucky enough to own a 500 / 600 mm f4 but even that might pose problems. The reason being that naturally most people want the maximum reach possible so often use teleconverters. The maximum aperture with the teleconverter attached is not as sharp as stopping down and as a result will give you a less sharp image. The same when using one of the many super telephoto zooms on the market. When zoomed out to 600mm their largest aperture is f6.3 and this is never as sharp as f8 so again increasing the chances of a slightly less sharp image. A better option would be to shoot in manual mode where you can still choose the shutter speed you like but also pick an aperture which isn’t the largest available hence increasing your chances of a sharper final image. If there was a choice to shoot at 1/2000 and f6.3 at iso1000 or 1/1600 and f7.1 at iso1000  or f8 at iso1250 I would take the slightly lesser speed with the smaller but sharper aperture. Not to mention that when stopping down you have a greater depth of field to get more of the bird in focus. With good panning technique and an ability to keep the focus points on the bird, great shots can be got with a shutter speed as low as 1/640 or 800. Ideally though with good light an aperture a stop or 2 stopped down and a speed or 1/2000 upwards would be a great place to start.

Now what type of image are you looking for? Most images of Ospreys found online are of an Osprey flying overhead or a resting / feeding Osprey perched high up or in a nest. These can be nice shots especially if one can get a close up shot of an Osprey eating the fish it has just caught. Again luck plays a big part here if the photographer is lucky enough to live close to a nest where the birds are tolerant of people approaching fairly closely. This isn’t the norm and most people will be happy to get fleeting flybys of an overhead bird. The iconic Osprey shot which everyone wants is an Osprey appearing out of the water with a big fish in it’s talons flying towards the camera. These situations where everything falls into place again is a rarity so if you can’t get this shot try to get a shot of the Osprey looking right at the camera as it flies past or overhead. Or what about a bird hovering before it’s plunges down into the water. With nice light and the correct settings there are a number of different shots which will excite you like few other birds can. So don’t just rely upon getting the money shot but at the same time think about how you can get a shot which generates interest rather than just a bird flying in the sky.

With Ospreys practice is key. The more time spent in the field will undoubtedly improve ones technique with tracking and timing. Most cameras don’t have unlimited buffers and  many will get so excited at the first sight of an approaching Osprey that they bust off a lot of shots and just as the bird hits the water the buffer runs out and the camera temporarily stops firing. Money shot missed unfortunately. Many hours in the field watching the pattern of the birds flight and the regularity of their dives will help one become wiser in the timing of their shots. Osprey will often take off from the water into the wind so this is something to consider when positioning yourself at the beginning of your shoot. Also don’t forget to factor in the position of the sun and how it will affect the trajectory of the bird once it exits the water.

So now with this know-how and information, I really hope you have a look and see if there are any Ospreys near you. If there are,  grab whatever camera and lens combination you have and get out there and try photographing one of nature’s genuine superstars. I guarantee once you try you will be hooked .

Previous
Comments ()
r
Richard Cook
Hi Christine. Thanks so much for the comment. For this type of photography I prefer to set the iso as if it is left on Auto when the bird has a bright sky as the background the iso will automatically choose the lowest setting, leading to an under exposed bird.
c
CHRISTINE WHIFFEN
Read with great interest and especially as an Olympus camera was used for this. I have the EM1 Mark 2. I struggle with birds in flight photography. It doesn't say if it is better to leave the ISO on auto or to set it?
r
RNM
I stumbled across this page. Great information and wonderful pictures.
s
Steve Ferris
Great post. Very informative. Well done. 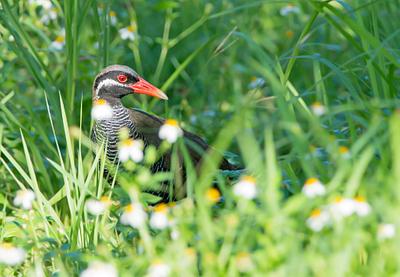 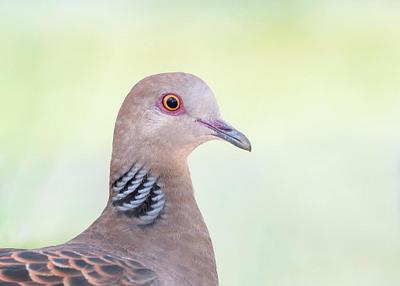 The best all-round wildlife lens out there? 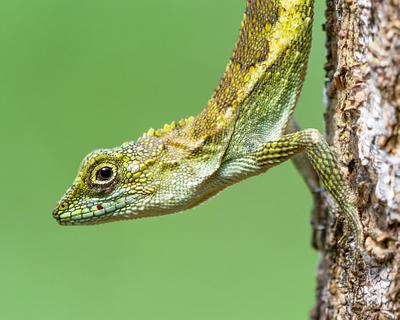 Bird and wildlife photography with the Panasonic Leica 100-400mm